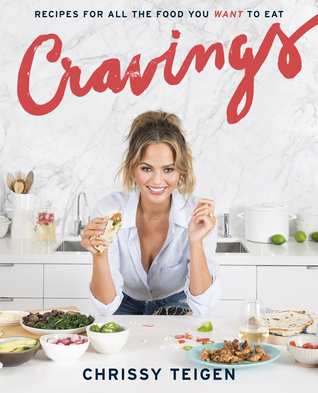 One of my goals in 2017 is to try a new recipe at least once a week and I felt that a new cookbook would help to accomplish it.  I have heard a lot of good things about Cravings by Chrissy Teigen and while I don’t know much about the author of this cookbook other than she’s married to John Legend and she’s also on Lip Sync Battle, I can genuinely say I’m not interested in purchasing this cookbook because of the celebrity behind the book.

I haven’t bought Cravings yet I’m going to pick it up on my next trip to the book store. If any of you have tried a recipe out of this cookbook let me know in the comments if you liked it and what recipe was your favorite.  Perhaps I’ll even share on the blog how one the recipes turns out for me. 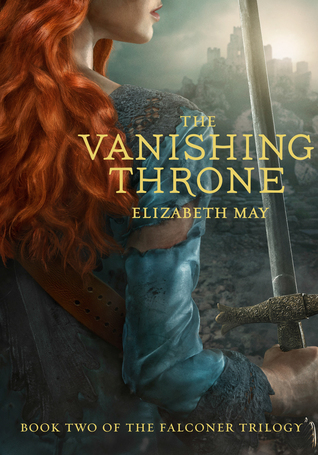 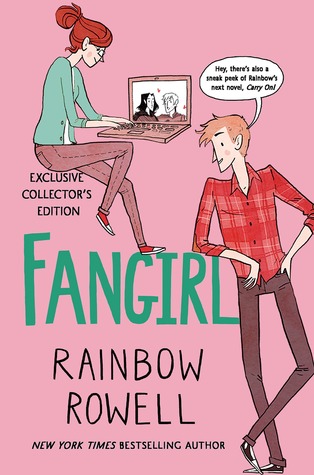 “To really be a nerd, she’d decided, you had to prefer fictional worlds to the real one”–Rainbow Rowell, Fangirl

Cath is a massive fan of the Simon Snow Series. Her and her twin, Wren, use to do all the Simon Snow fandom stuff together, but now that they are heading off to college Wren has decided she wants nothing to do with Simon Snow anymore and doesn’t want to be college roommates with Cath either.  This leaves Cath wondering if she can make it on her own without her sister in an environment she isn’t use too.

So funny story, it took me over a year to read this book; and it wasn’t because I didn’t like Fangirl because before finishing it I’d gotten all the way up to the last 80 pages. But for whatever reason (I think I lost the book at one point. Oops!) I didn’t finish it until a couple of weeks ago when I did my first 24 hour read-a-thon.

My overall feelings about Fangirl is that I really liked it. Was it one of my favorite books? No, but Cath is a relatable character when it comes to going to college for the first time. Now I’m personally about 10 years removed from my freshman year at North Georgia, but I still remember how it felt leaving home for the first time and experiencing the world that is college (or university, if you like).  It’s scary and a hard adjustment in the beginning but you do move past it eventually and Rainbow Rowell captured that pretty well with Cath and her twin sister Wren.

The book was also fairly funny to me with the quick, witty banter between the characters. There were also moments that dealt with serious topics, such as, the mental health of Cath’s father and Wren’s dramatic moment towards the end.  These topics blended into the story well without seeming out of place or being random dark moments thrown in for some drama.

The only thing I didn’t love and started to skip toward the end is the fan fiction parts that reflect the Simon Snow fan fiction Cath has written. Simon Snow in this book is more or less a Harry Potter type of book series in the novel. This is were the title Fangirl comes from as Cath through most of the book is deeply involved with the fandom. The main reason why I eventually stopped reading the fan fiction parts was because I didn’t feel that it added to the story at all and I wasn’t missing any plot points if I didn’t read them. Of course others probably love this about the novel, I personally could have done without it.